Blog > Gruvi Weekly Digest #91 – The Royal Wedding and Other Revenue

A weekly catch up on things we’ve found interesting over the past week.
Featured recommendation
‘Harry & Meghan’ romance gets the Lifetime TV treatment

As this decade’s second and last Royal Wedding creeps closer, it’s the entertainment business as a whole that will experience an explosion of prime content. Prince Harry and Meghan Markle’s wedding on May 19th at Windsor Castle, will ensure that not just magazines, newspapers and live TV will be set ablaze, but the film and TV business will be getting its share of heat, too.
Lifetime TV will be airing a week of programming leading up to the wedding, with its crown jewel being “Harry & Meghan: A Royal Romance” – a dramatisation of their courtship. The film will star Scottish actor Murray Fraser as Prince Harry and American actress Parisa Fitz-Henley as Meghan Markle.
It’ll be interesting to see if as many people watch Lifetime TV’s film as they did the biopic ahead of Prince William and Katherine Middleton’s wedding in 2011; despite its terrible reviews, the film was immensely popular. And with Meghan Markle being of a more “relatable” background, instead of nobility, there’s reason to believe the film will do well in living rooms across the USA especially. Read more here.
Other articles of note
Box Office: ‘Avengers: Infinity War’ Scores Second-Biggest Second Weekend Ever

The much anticipated Marvel/Disney collaboration has been breaking box office records all over the place. This time the film scored the second-biggest weekend ever, at $112.5 million. Only Star Wars: The Force Awakens managing to top this in 2015 with a whopping $149 million. Until just recently, it was fellow Marvel title Black Panther that held the title of biggest second weekend box-office sales, at $111.6 million. Read more here.
EU gross box office topped EUR 7 billion in 2017 for third year running

And speaking of box office revenue, the EU box office figures for 2017 are in, and for the third year in a row, have topped €7 billion. Interestingly, it’s US films that make up the top 20 admissions at European cinemas, with family film Despicable Me 3 leading the way, even though the previous instalments in the franchise weren’t as popular. The animation film is closer followed by other family films Beauty and the Beast and Star Wars: Episode VIII – The Last Jedi.
Leading the charts of the European film is Christopher Nolan’s Dunkirk, followed by Paddington 2 and Kingsman: The Golden Circle. Read more here.
Google partners Fandango to let users buy movie tickets using voice command

In more box-office-y news, the US ticketing company has teamed up with Google to allow movie goers to buy their tickets using the Google Assistant voice command function. This feature is available on Apple’s Siri, and one doesn’t even need to know what they want to see. You can just say “showtimes near me”, and Google Assistant doesn’t require you to have the Fandango app. Read more here.
PS: Cannes Film Festival is now in full swing! And poor Terry Gilliam is still kept in suspense over whether his problem-plagued film Don Quixote will premiere as the festival’s closing film as he awaits the verdict from the French court.

Last summer, we worked on the Facebook advertising in Denmark for the horror film “It Follows”. It was a project that best proved how data brings to light new opportunities. We discuss the campaign in our first ever vlog. For more details, you can check our written report here. If you would like to know […]
Continue reading 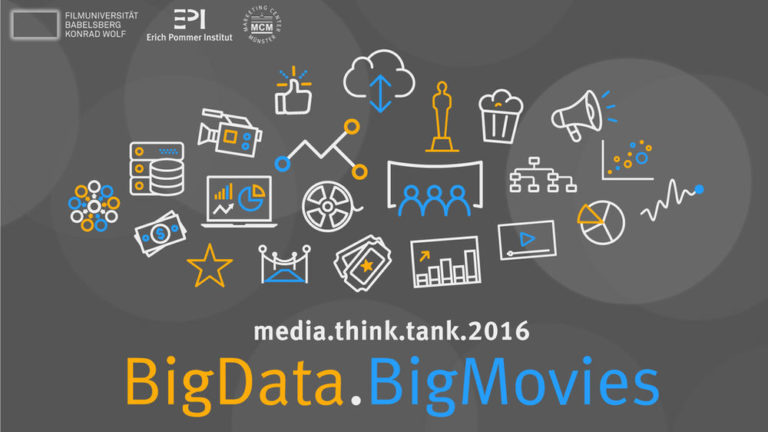 Under the title “BigData.BigMovies. How algorithms transform the film and TV industries“, the Erich Pommer Institute and the Filmuniversitat Babelsberg Konrad Wolf organised a two day event bringing together science and industry. Mirona, our marketing lead, and Johnny, Gruvi’s lead developer, attended the event. Below you can read their report on some of the most […]
Continue reading

How Blockbuster Economics Are Hurting The Movie Industry - One Size Doesn't Fit All!

The competition and challenges facing film launches are only set to increase over the coming years with the ongoing expansion of services like Netflix, Amazon, HBO, etc. Despite this pressure, movie production is growing and there is a fantastic array of new content entering the market each year. The range of stories and storytelling only […]
Continue reading