Has “Trolls World Tour” really smashed the theatrical window? Will AMC really never screen a Universal movie again in any of their cinemas worldwide? Will the biggest studio blockbusters now all arrive on our TV screens first? Of course not.

The cumulative cinema box office has become increasingly dominated by those blockbuster franchises we are all so familiar with, does it seem likely those brands will turn their back on billions of dollars of box office revenue? While Universal made good money with "Trolls" it’s worth remembering that the film won't be getting a second major revenue boost in a few months time, as there is now no combined rental/retail Home Ents launch to look forward to.

Universal have made it perfectly clear that they have no plans to turn their backs on their exhibition partners. The studio has already rescheduled a number of key theatrical releases originally planned for 2020 and reiterated in its latest press release “We absolutely believe in the theatrical experience and have made no statement to the contrary. As we stated earlier, going forward, we expect to release future films directly to theatres, as well as on PVOD when that distribution outlet makes sense”.

One other question no one has asked or answered yet: if a blockbuster is launched on TVOD will that have an impact on ancillary revenues around its release? Will the likes of McDonalds/Burger King want to run in store promotions? Will breakfast cereals want to run on pack promotions? Those kind of global marketing deals are worth huge sums of money and can give a release media support and lengthy in-store/high street visibility not funded by the distributor (meaning they can reduce their media spend accordingly). Also, will licensees be as willing to pay for the rights to create merchandise for a film that is going to have a significantly shorter shelf life if there is no second proper (Home Ents) launch a few months later?

It's also worth noting that there isn’t even a consistent theatrical window around the globe - in the UK distributors already have to wait several weeks longer than in the US for a film’s digital or physical release, following its theatrical opening. However the UK has led the way in terms of developing a day & date release strategy, albeit one not yet fully embraced by the studios. Independent cinema chain and film distributor Curzon launched their own streaming service a decade ago, rebranding it as Curzon Home Cinema in 2013. It gives Curzon titles (and films from other arthouse and independent distributors) a unique release strategy, one that also includes a limited theatrical release and all of the marketing and PR opportunities & benefits such a cinema release offers.

What seems likely is that those constant negotiations between distributors and exhibitors regarding Box Office terms will become more intense than ever, which could further delay the return of the blockbuster to your local multiplex. This, coupled with the importance of a global day & date release for major studio titles, reinforces our belief that a boom time beckons for independent film, both in cinemas and On Demand. As cinemas reopen on different dates in different territories with different strategies those local exhibitors will be hungry for films to show, and while the huge growth in home movie viewers will no doubt decline there will nevertheless be a significantly larger On Demand audience than existed pre Corona.

Identifying and engaging those indie film audiences - both in cinemas and at home - is what Gruvi excels at: get in touch with us now if you are already planning your next On Demand or Theatrical release. 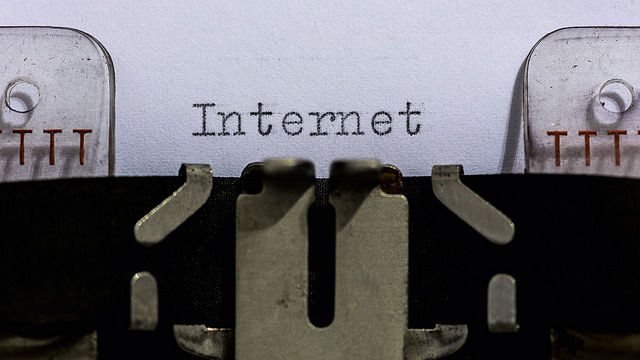 Gruvi Weekly Digest #7 — A weekly catch up on what we found interesting at Gruvi. This week, it’s all relative. From programmatic, down to internet addiction, there are always two sides to each coin. The future of online advertising is equally relative, as it seems to be adding up to an unsustainable bubble. And […]
Continue reading

Gruvi is excited to attend Cannes Film Festival again this year. Nikolaj Mathies, our head of Marketing and Sales will at the festival from 11 – 16 May.If you’d like to request a meeting and find out more about our approach how to locate, reach and engage your audiences, click here to get in touch.A […]
Continue reading

Netflix’s move into producing movies: Adam Sandler is the first to jump on board

Netflix is continuing to radically change the way we consume entertainment content, and in recent years they’ve increasingly moved into producing their own, including the emmy-award nominated House of Cards, Orange is the New Black, etc. This is not because Netflix is looking to own exclusive content, it’s also because it’s trying to get around […]
Continue reading