Blog > How Blockbuster Economics Are Hurting The Movie Industry - One Size Doesn't Fit All!

How Blockbuster Economics Are Hurting The Movie Industry - One Size Doesn't Fit All!

The competition and challenges facing film launches are only set to increase over the coming years with the ongoing expansion of services like Netflix, Amazon, HBO, etc. Despite this pressure, movie production is growing and there is a fantastic array of new content entering the market each year. The range of stories and storytelling only seems to be getting better and better.

We embarked on analyzing the status quo and breaking down what steps distributors, filmmakers, producers, and entertainment content producers, in general, can take to cut through the noise to try to put their content in front of the relevant audiences. The final result is Winning Your Audience. Movie Marketing in the Connected World - an ebook filled with case studies and actionable insights driven by our activity at Gruvi:

Small audiences are a given for independent movies

Indies have come to exist and succeed by being outliers. Each of these movies caters to a niche audience, as opposed to the engineered mass appeal of a blockbuster. This means indies are usually open to limited releases, where cinemas are selected strategically, which has a direct impact on the opening weekend box office.

The market is oversaturated

While the number of films produced by major studios each year has decreased, at the smaller budget range the situation is very different. There are complaints that there are too many films being made. At the market level, indies end up competing against each other for limited attention and fragmented audiences.

Budgets are significantly smaller than those of blockbusters

Marketing budgets are on par with production budgets, making it prohibitive for indies to take the ‘be everywhere’ approach that blockbusters typically go for. This further impacts the opening weekend revenue. The chances of an indie film making good money for a distributor by following time-honored marketing practices are slim; often, taking a traditional approach, the best they can hope for is breaking even.

In a conversation with Colin Brown (editor of the Filmonomics blog for Slated, NYU teacher, and co-founder of a distribution company focusing on Arab cinema), we discussed the competition independent movies face from other media and TV in particular. This is true for North American releases and also for European movies (which usually fall within the same budget range).

Colin makes the point that “other media are doing well right now because they are arguably more entertaining and more artistic” than movies, to the point that they are pushing the definition of movies. A movie used to be a particular type of story that was told visually, destined for the big screen. But as we are starting to see complex narratives and high artistic achievement in TV series (and other forms of visual storytelling) we need to redefine what movies are.

There are a series of reasons why television has been able to “take over the ability of the movie sector to be alternative (to) mainstream it”:

While it takes between 5 and 7 years for a movie to come to the screen, it only takes 1–2 years to get a show on the air.

As the amount of risk is smaller (due to pre-existing audiences) networks have been generous with giving creators virtually unlimited freedom.

Slowly but surely TV has gone from being somewhere to launch a career before moving on, to somewhere worthy of returning to.

TV execs saw on the internet the potential of expanding their audience, rather than a threat to the status quo.

It is not just TV series that are capturing audiences that were previously claimed by the movies. There is a plethora of other online content being created and consumed every minute, with YouTubers raising to star status. Another important part of the attention capital is attracted by video games. Hybrid forms such as VR and augmented reality are also constantly developing and increasing their audience.

All these are challenges for the movie industry as a whole, but their effect is bigger on independent movies which used to be a refuge for creative freedom and exploration. This disruption should not paralyze indies into becoming obsolete- it should incentivize them to adapt to the shifting tides to stay in the game.

Opportunities and options for viewing have multiplied not just for television, but for the content industry as a whole. While networks were quick to embrace it, the movie industry has been very conservative, all in the name of traditionally established windows. For a long time, VoD was treated as just a replacement for physical DVDs. Despite some bold day-and-date and ultra VoD releases (more on that here), there continues to be a big window of time after the theatrical release when movies are not available anywhere else. There is a decreasing trend, but it has a very low pace, to the extent that it might have a detrimental effect on capturing previously unexplored audiences at a global level.

Producers try to ignore it and hang on to the standard release window between theatrical and home entertainment/on-demand. This is especially the case for those who have awards ambitions. An important change might come along if the MPAA and other award granters open up their eligibility status. Their resistance notwithstanding, the challenge is real and it is an especially great one for exhibitors, as we have previously discussed.

On the other hand, for producers who are on board with non-traditional releases, the challenge is posed to the distributors- the likes of Netflix are proving to have more buying power and more appeal. Not to mention that Netflix and Amazon are also very much involved in producing original movies (not just series) for their platforms.

While opinions among filmmakers are split on the proliferation of streaming services, the growing popularity and geographical expansions of SVOD services or Apple TV show a clear audience preference; it allows them to adapt the experience to their needs and create their own viewing habits.

For both video and music, revenues from streaming are on the rise.

Streaming is becoming the preferred method of accessing content, even for the most elitist consumer. Services like MUBI or FilmStruck (the latter being partly curated by the most notorious distributor of arthouse classics, Criterion Collection) can cater to even the most selective film fans. Technology is making it possible to not only stream these films but also to experience them in excellent audio-visual quality.

Viewers can watch TV series anywhere, anytime, and they are too busy with the conversations created around them. Before binge-watching, series like Lost gained an active and engaged following which would discuss each week’s episode. The trend continues for shows aired weekly but expands to those made available all at once for binge-watching. Social media teams for popular shows have mastered the art of starting conversations around them, linking these shows with current interest topics. Twitter and Facebook are on fire every time another character is killed on Game of Thrones. House of Cards made headlines by announcing the premiere of a new season on the day of Trump’s inauguration.

Viewers’ habits have shifted and they are more willing to wait until they can watch a movie at a smaller cost and on their own terms, while cinemas have to raise prices to keep running.

There is also the threat piracy poses. A recent study by the EAC "A profile of current and future audiovisual consumers" showed that, of the total sample population, 55% had downloaded or streamed films illegally. What was also interesting was that in households that had home cinema systems and a VOD subscription, the rate of piracy jumped to 69%. The survey cited many factors for this behavior but the most important were cost (50%), risk (37%), ease of access (31%), and availability (30%).

Attempting to close down piracy by imposing regulation via Internet Service Providers varies from country to country in terms of the level of enforcement. In the UK you will receive warning letters from Ofcom, in the USA and Germany threat of legal action is often immediate when the violation is detected. These controls are easily circumvented by using a Virtual Proxy Network (VPN) which is easily downloaded over the web. A more effective measure was to force Google’s search engine to start hiding known sites such as The Pirate Bay, while services like Popcorn Time have been halted through the threat of legal action.

In discussions with a small sample set in the UK, regulations do seem to be curtailing the pirating behavior. A common secondary response was services like Amazon, Netflix, and SkyNOW. They are now stepping up as a more convenient way of accessing great content. This behavior has only increased since these platforms have all started pumping out original shows an insight that was concurrent with this piece of research that shows users are switching to OTT services in favor of services like BitTorrent. Netflix execs have previously claimed that piracy rates decline in countries after it launches - CEO Reed Hastings claimed BitTorrent usage in Canada dropped by 50% following the streaming service’s launch there.

We looked at the status quo and how providing good options for access to content at all window stages may help minimize the effects of piracy- you can find the article here. 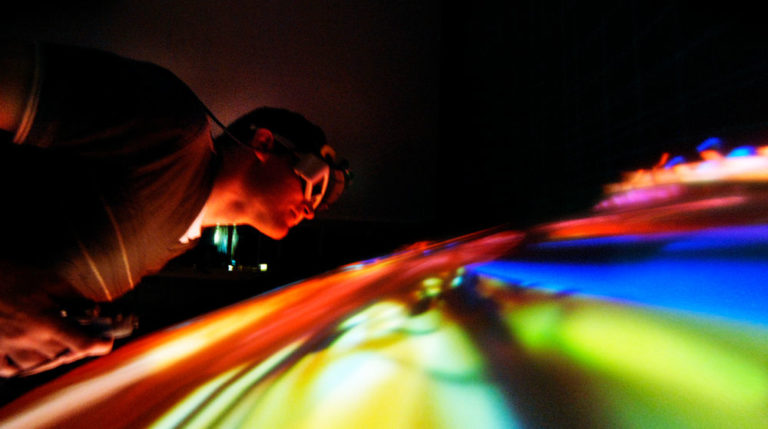 Gruvi Weekly Digest #11 — A weekly catch up on what we found interesting at Gruvi. New year, new things to look forward to across the entertainment and tech industries. From Twitter renouncing its character limit, to VR gaining a foothold on a wide scale, we’ve rounded up some of the most important topics to […]
Continue reading

Is Google Analytics important for your business intelligence and reporting on your cinema’s performance? If so, you need to start thinking about Google Analytics 4. The roll out is coming and there are some issues and opportunities that you need to be aware of to navigate the potentially tricky waters ahead. To learn more about […]
Continue reading

Gruvi Weekly Digest #46—?A weekly catch up on what we found interesting at Gruvi.We’re just as taken aback by the outcome of this election as everybody else who was not a Trump supporter. Where do the US and the world go next? We collected some of the best articulated thoughts around that as well as […]
Continue reading