Blog > IDENTIFY YOUR AUDIENCE ONLINE EARLY AND SHAPE THE PLANNING & IMPACT OF A MOVIE MARKETING CAMPAIGN.

IDENTIFY YOUR AUDIENCE ONLINE EARLY AND SHAPE THE PLANNING & IMPACT OF A MOVIE MARKETING CAMPAIGN.

We recently completed a study into identifying a film’s potential audiences prior to release. We focused on "Bumblebee", the next upcoming movie from the highly successful "Transformers" franchise.
We set out out to show producers/distributors how to exploit direct information collected from potential audiences well in advance of a film's release, to help shape both the finished film and its marketing campaign. This analysis can be used in a number of different ways:
1. Hone the storyline - research what types of audiences are interested in the film’s key themes.
2. Set the creative marketing strategy - how audiences will potentially interact with different creatives and approaches.
3.Setting the advertising and communication strategy - measure the key terms audiences use, understand the frequency of communication on channels from social media to traditional forums.

COULD WE HELP IDENTIFY THE AUDIENCE FOR YOUR MOVIE? IF SO, GET IN TOUCH NOW!

We chose the latest Transformers movie “Bumblebee” as a case study to showcase the full potential of this research strategy. The Transformers franchise has a long and interesting history, from the animated TV shows and action figures of the 1980s, to the five Hollywood blockbusters directed by Michael Bay from 2007 to 2017.
The "Bumblebee" movie is a reboot, it takes the story back to the franchise’s beginnings and is therefore set in the 1980s. This gave us a range of elements to review, both in terms of the appeal of The Transformers’ rich past, and in terms of the appeal of the latest instalment in the movie franchise.

We started by selecting the key questions that we believed the producers & distributor would be asking r.e. the film’s potential launch in English speaking territories:
1. Who is the audience?
2. What are they interested in?
3. Why are they interested - what’s their perspective?
4. On which platforms or websites do they engage?
5. How do these interests overlap?

PLAN YOUR SEARCH AND KNOW WHAT YOU WANT TO CATEGORISE

We began by looking at the previous films in the franchise, to see what elements the audience are likely to associate with it and pick up on. These are the themes we selected:
The franchise

By starting off with a base set of query search terms, and applying these simultaneously, we were able to cut through a large amount of data faster than searching each query individually. Even so, the Transformers franchise returned more than 140k results a month, which created a very high 'noise to signal' ratio.

To help cut through this, it is worth highlighting the importance of using Rules & Categories / Tags, in order to create a multidimensional clustered view of the data. These are incredibly important marketing tools: they can identify key themes for further research, and also highlight the themes that have the greatest traction with an audience:

Bumblebee’s Character dominates conversations with 12% of Total Volume in Transformers Universe being mentioned 15.8k times only since June 2018.
Top Findings:
Bumblebee’s character is mostly described as an underdog pretty relatable for younger audiences
A total of 2.8k negative comments showed some disapproval with the Trailer, however another 1.2k disagreed on that opinion
The UK’s fanbase houses 422k users
Conclusions:1. focus advertising on younger audiences + parents
2. adapt imagery on character / yellow
3. clear messaging to meet expectations of this reboot
4. topics to investigate to extend results are toys, 80s nostalgia, transformers & similar stories

Where it all started is very important to fans: nostalgia for childhood Saturday mornings, fan art, and a love for 80s related cartoons can all attract the fanbase.
Top Findings:Hasbro is the most related topic in 6.5k occasions
Currently trending Paw Patrol Transformer toys
Success of Jurassic Franchise has created noise
Main characters of the season being discussed largely, also in combination with fan art
The UK’s fanbase on the franchise is 1.2M users
Again recurring topics toys, 80s nostalgia, similar series / movies are highly relevant from this view
Conclusions:1. focus on transformers universe fanbase, and parents
2. topics to investigate: toys/80s nostalgia/Michael Bay
3. exploit fan art: user generated content/competitions.

The following diagrams clearly display the steps involved in how to reach these these learnings, and how they can subsequently be used to help guide the planning and subsequent execution of a movie marketing campaign:

COULD WE HELP IDENTIFY THE AUDIENCE FOR YOUR MOVIE? IF SO, GET IN TOUCH NOW!

With more & more cinemas opening across Europe, Gruvi has relaunched EuroFilmLaunches.com this week. Originally unveiled in May 2019 as a central information resource for independent film distributors and Europa Distribution members, the site was temporarily closed in March this year when cinemas across Europe began to close their doors as a direct result of […]
Continue reading

Earlier this year we had the pleasure of collaborating with producer Regner Grasten on the campaign for the Danish family movie Kidnapning. In an earlier post we discussed the challenges for this campaign, as well as the insights we gathered to inform our strategy. Last week, we published an interview with the producer- watch it […]
Continue reading 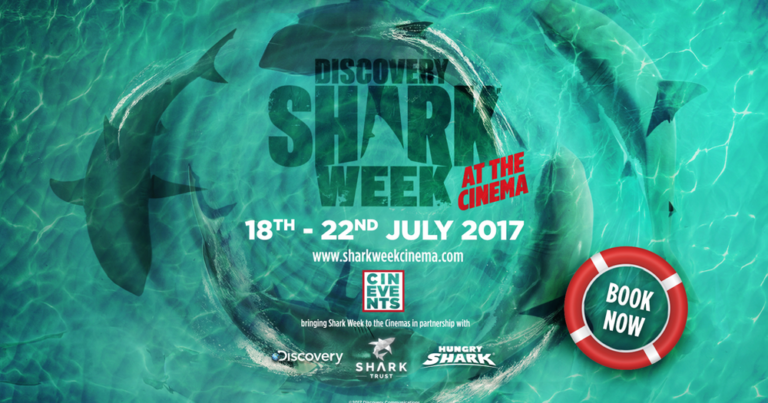 In today’s blog we’re looking at a social media marketing case study, featuring our work with CinEvents on the show Shark Week:The ChallengeGruvi was tasked by CinEvents to help attract typical TV audiences for Shark Week into cinemas for an event experience. The screenings of Shark Week ran for 5 days (18- 22 July) in […]
Continue reading