Influencer marketing may sound like the latest fad in a social media driven world. It is especially attractive for independent players in the creative industries due to its lower cost. But these type of marketing campaigns have been around for longer than Facebook, YouTube and Instagram: instead of relying on advertising in an era where OTT TV and ad blockers have become ubiquitous, many companies are now looking to people who can in turn can influence other people.

As simple as the basic principle is, it still leaves many questions. Who qualifies as an influencer? How far does their influence go? How can they structure what is essentially a marketing message without receiving the same rejection as traditional ads? How should I pay and what is real value? And with all these channels currently available, which one(s) should I choose?

Influencer marketing can be leveraged across a variety of channels and social media. The bigger the star, the bigger their fan base and potential reach, the higher the potential costs.

Who are influencers and how can they be reached?

If you are beginning your quest into finding the right kind of people to help you announce your product or brand to the right the kind of audiences, services like peg.co are designed to help.

As explained by Nic Yeeles, CEO of peg.co, the service is essentially a growing database of influencers which can be easily searched according to territory or topic and the latest brands they have worked with. The platform also lists the number of subscribers (although Nic highlights this should not be the main decision factor) and the number of video views their latest videos have generated. With the stats, Nic was quick to add that somebody with a smaller amount of followers can be much more useful when their audience is the right match.

There are benefits to using such a centralised platform. Influencers can make better connections and increase their revenue. And marketing teams seeking influencers are no longer left scouring various platforms in the search for the right prospect.

It sounds very much like a transaction and yes, there are costs involved (more on that later). But Nic highlighted there needs to be an element of genuine interest on the part of an influencer for them to take on a promotion.

“Unlike traditional celebrities, most of these cultural influencers

such as social media stars and Youtubers are creators who have

built their OWN audiences using their OWN channels. So to

protect their reputations with their audience their preference

is to collaborate and co-create with brands, as opposed to endorse

and act as spokespeople the way traditional celebrities have always

Influencers expect to be trusted and won’t follow a script. They have worked hard to build their audience and they want to make sure they will not alienate them by associating with a specific brand or product. This runs contrary to the expectations of most marketing managers that are also fiercely protective of their brand, so trust is very important in this kind of relationship marketing.

For more advice from Nic, watch this interview:

What are the costs associated to this method of marketing? Nic says they can go up to 6 figures, depending on a variety of factors. These include the overall audience of the influencer, but also whether they are represented by an agent and how in demand they are. This is not just about a transaction- contacting an influencer directly and spurring their interest can significantly drop the costs. However, if you have a great product and working in the indie sphere it’s not unusual for some influencers to take your product on a pro bono basis because they love what you have done (see the case with Stikbold! and PewDiePie below).

How to implement an influencer marketing campaign?

When they realised that Stikbold!, (a Game Jam project winner) had great potential for more, the team at Game Swing decided to invest their time and resources in the project. They realised early on that there was a significant challenge ahead in developing and distributing games and the key to maximising potential revenue was clever marketing.

With a limited budget, they decided conventional advertising was out of the question. So they chose to focus on creating a community around their game and leveraging on influencer marketing (at the expense of traditional media). The influencer marketing outreach plan centred around the idea that Stikbold! would have just one release of the game, in its full version. All efforts were concentrated on creating a buzz about the game for this launch date.

Game Swing came up with a specific hit list of influencers to contact as well as a broader group where they attempted to ‘see what stuck’ in the communication. They were looking for people who were interested in this type of game and also had an audience that would be interested too. For Stikbold! the ideal influencers were Youtubers with family oriented content.

Contact was initiated via email and Twitter as well as directly, at events. In the first few month it proved challenging to get a response but they did have some success by being open with offering access keys to early alphas and betas, along with the game’s presentation material.

What is the most essential piece of the (influencer) marketing puzzle?

“I’m tempted to say a beautiful trailer, but that’s not going to be

Here are Martin’s tips for implementing an influencer marketing campaign:

Game Swing obtained roughly 1 response for every 10 influencers contacted. The interesting thing about the strategy was that it kept on giving. There were some non-responders who still ended up covering the game on their channels later after launch.

As an audience approval measurement tool (i.e. counting the mentions the game or the company would receive and monitoring inbound enquires for trial keys).

To keep track of the number of people who came to their site and clicked to buy.

Distributor reports once the game was published

To measure sales (NB — As with movies, there is a glaring gap in sales tracking in the games industry. Sales reports from Sony, Xbox and Steam only provide weekly reports where all sales numbers are collated, making it very difficult to discern what activity led to the games sales boost or lack thereof).

The hard work paid off. PewDiePie covered the game on his channel and this proved to be an important turning point. For the next two weeks there was tremendous buzz around Stikbold! This created a long tail effect to the influencer marketing campaign as people who had seen PewDiePie’s video reached out to request trial keys and to feature the game. PewDie’s coverage of Stikbold! currently sits at around 3 million views on YouTube.

A key lesson here is that getting a major influencer - like PewDiePie - on board was instrumental in gaining traction with a whole suite of international influencers and a whole body of other publishers that the team were not aware of.

Regarding the costs, Game Swing’s influencer marketing push was time-consuming, but did not require substantial financial resources. They attribute that in part to luck, and to having a strong concept with a great story and design. What was more important was that they managed to identify the right people to approach, and that they managed to convey their genuine passion for their game. 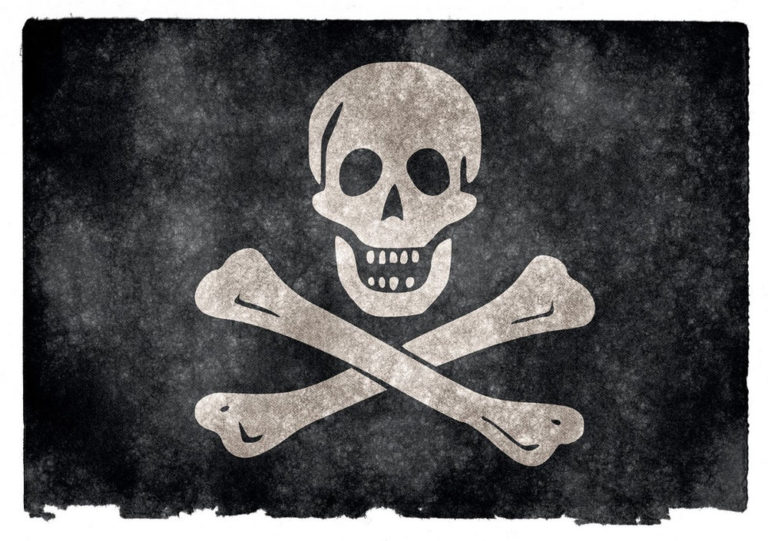 Last year I wrote a post on LinkedIn regarding piracy and rumours that Netflix would begin blocking VPN access. I mentioned the names Popcorntime and The Pirate Bay without citing links to these services and my profile was immediately shut down for 24 hours. When I contacted LinkedIn, the explanation they provided was less than […]
Continue reading

The Challenges and Opportunities of Bitcoin for the Entertainment Industry

How Bitcoin and Blockchain will change the future of filmIf you are a producer or distributor of content and like the ideas of: raising and executing finance in more efficient ways; cutting out middlemen in financial transactions; new business models for making money off of your content; rewarding people who create word of mouth about […]
Continue reading

Gruvi Weekly Digest #22 — A weekly catch up on what we found interesting at Gruvi.We’re looking into games and connected lives this week. Opportunities are there for established companies to try a new approach to their trade (like Nintendo did with its smartphone app). But the internet also become a place of controversy by […]
Continue reading