Blog > Netflix’s move into producing movies: Adam Sandler is the first to jump on board

Netflix’s move into producing movies: Adam Sandler is the first to jump on board

Netflix is continuing to radically change the way we consume entertainment content, and in recent years they’ve increasingly moved into producing their own, including the emmy-award nominated House of Cards, Orange is the New Black, etc. This is not because Netflix is looking to own exclusive content, it’s also because it’s trying to get around the issue of windowing. Windowing is a business convention peculiar to the entertainment industry, where content is released via different platforms at different times to maximise revenue. For example, there’s typically a 90 day period between a movie releasing in cinemas and becoming available for home entertainment. Netflix’s access to valuable data on user habits and tastes means they know exactly the kind of content people want to consume. And following the success of their TV ventures, it was only a matter of time before they moved into film. Ted Sarrandos, Netflix’s chief content officer, recently sat down with The Hollywood Reporter in an illuminating interview to discuss Netflix’s four movie deal with Adam Sandler and the upcoming sequel to Crouching Tiger Hidden Dragon.
We’ve summarised the particularly interesting excerpts from the interview and added our own input below. If Netflix gets this right it could lead to a refocus throughout the industry, one based on providing value to the customer.

Big Data
“[Why is that] the conventional wisdom is that comedy is often too culturally specific to perform abroad.”
“I think chalk one up for data trumping conventional wisdom again. People told me a lot of things about France and Germany that aren’t true anymore now that we’ve been operating there for a couple of weeks.”
“But since it’s only been a couple of weeks, how quickly can you get usable data in?”
“Almost immediately, because we’ve been at this long enough that we can build these regression models that tell you a lot about the first day, the first week, the first hour, the first month. And there are more scholarly ways to look at Adam’s international appeal. That he’s physical. That he’s a highly relatable person on screen. His movies are very, very repeatable. And Adam has always been a success, straight through his last film, Blended. That movie cost about $40 million to make and made about $140 million around the world. Most people would kill for those results. It skewed about 60 percent international, which, by the way, is how most movies are skewing now. So it could be that Adam’s just ahead of the curve. He’s made $3 billion in box office. He’s kind of grown up with us, and people see themselves with him from when he was the silly guy back in high school all the way to when he’s the silly dad today. It’s remarkable to me that his movies carry as well as they do in Germany, throughout Latin America, in the U.K. His box office is surprisingly international for U.S. comedy.”

Why we found these statements interesting: peoples behaviour is proven to contravene the conventional wisdom of many marketing and release practices. It maybe that windowing could be one of the main factors that causes these peculiarities in consumption behaviour.
Star Power is International
“So why did you approach Adam Sandler?”
“The more global we become, the more access we have to global behavior data so we can see what people are watching all around the world. In our earliest streaming days, we used to have the Sony output deal through Starz. We had almost all of Adam’s movies in the first pay window in the U.S. Today, we continue to have those movies in the first pay window in Canada. And then, through various windows that follow the pay window all the way to the deep catalog, we’ve licensed Adam’s movies in all of our territories. Very uniquely, he stands out for his global appeal to Netflix subscribers. Even movies that were soft in the U.S. [theatrically] outperformed dramatically on Netflix in the U.S. and around the world.”
Why we found this statement interesting: International star power’s appeal to a global audience base and a focus on the long term value of a movie is a considerable shift away from the industry convention of the release week schedule.

Experience versus Access
“You talk about exclusivity. Is there any possibility you’ll offer these movies to theaters day-and-date?”
“You shouldn’t expect that they will be released theatrically at all. Collectively, between Adam and us, we agreed that we were going to go right to Netflix. When we first started having the conversations, I thought doing theatrical might be the cost-of-entry to doing the deal. But Adam understands his audience. He was remarkably open to the idea that while people did see his movies in theaters to the tune of $3 billion, his real connection has come from home entertainment. His star has been raised by repeat viewing and his connection to that audience. So he was very open to the idea of going without theaters. For me, I would say my appetite to duke it out with theaters to get screens is low, because I really think the important point is we offer a lot of great access already. In the case of Crouching Tiger, I thought it was very important, coming out of the gate, to expand consumer choice for a movie that’s shot in a huge scope and can be seen on a huge screen. This [the Sandler deal] is a little different.”
“The Imax moviegoing experience is extremely differentiated from ours, just like a live event is different when you watch it from home. You can pay to go to a football game that people can watch on TV. People still go to football games because the experience is different and cool. So theaters should distinguish themselves by experience, not by the time of availability.”
“We’re limited to Imax, because we think Imax is a really exceptional experience for theatergoing, and this movie is big. People should have the opportunity to see it on a big screen if they want to. But if they want to watch it at home, they can stream it in 4K.”

Why we found these statements interesting: The business driver is the focus on customer value over the business convention of windowing to maximise profit margins. Imax was chosen because of the unique viewing experience this format would offer the audience. Distribution via technology and providing the customer with immediate fulfillment wins over exclusivity. Sarrandos is not interested in competing for viewing space at cinemas – unless a movie has big feature potential it will be released only via Netflix’s platform.

Content Now
“There’s a general consensus that movies on Netflix and other pay services are old, because they are. So for us to meaningfully move the window up to where consumers want to see a movie, we have to step into producing content of our own — similarly as how we did with House of Cards when we wanted to release all episodes at the same time. We couldn’t have done that with an off-net show. By doing this, we are putting our money where our mouth is on behalf of the consumer. [In the case of Crouching Tiger], we’ll give you the movie the same day as it’s in theaters, and we’ll put it on as many screens as we can.”
Why we found this statement interesting: Netflix will continue making advances into producing and releasing their own movies.

Gruvi Weekly Digest #43—?A weekly catch up on what we found interesting at Gruvi. Ben, CEO2017 Oscar Predictions: Best Foreign Language Film | IndiewireCurious about the competition for Oscar for Best Foreign Language Film? Indiewire covers the 85 submissions and the frontrunners. The article also does a good job discussing the politics involved in each […]
Continue reading 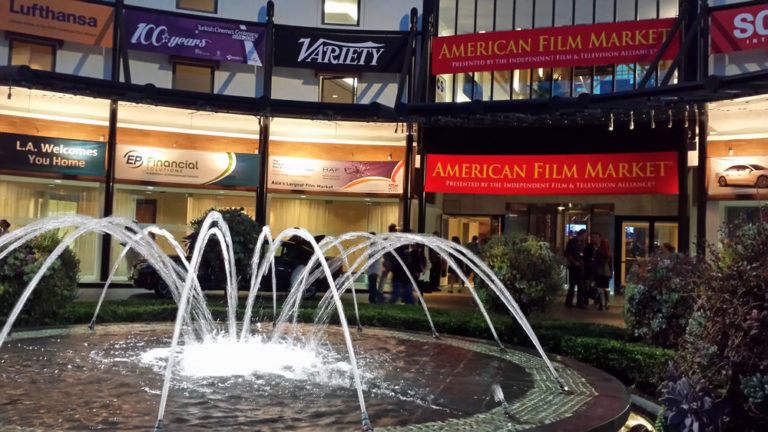 Gruvi Weekly Digest #5 — A weekly catch up on what we found interesting at Gruvi. We’ve been following Twitter closely over the past few weeks. But sometimes the best news about the service comes not from the company itself, but from its users who are committed to improving it through additions such as Rooms. […]
Continue reading

Gruvi outlines largest upcoming trends facing the movie industry in the latest chapter of their acclaimed and shows why innovation in the film industry is so desperately needed in the latest version of their free e-book, ‘Winning Your Audiences’.13 September 2017, Copenhagen, Denmark – Ben Johnson, CEO of technology based media agency Gruvi, has released […]
Continue reading